We've ended support for SSH Shell – meaning that users able to continue using SSH Shell, but no new features or enhancements would be added and any issues would not be amended.

If you are curious the underlying technologies, or just simply want to know why starting afresh with Core Shell, rather than evolve SSH Shell, you can find the answer from this post:

OpenSSH is the de facto standard implementation of the SSH protocol, compared to OpenSSH, SSH Shell and SSH Tunnel lack tons of advanced features including, but not limited to, agent forwarding, certificates, proxy jump, post command, incompatible with some kinds of devices like Cisco routers… SSH Shell and SSH Tunnel are based on an open source library –– libssh. But unfortunately it is not fully compatible with OpenSSH, lacks lots of advanced features. We worked day and night to try to make i…

How to migrate to Core Shell?

Please refer this topic, and comment if you have questions:

Prerequisites Core Shell: 1.3 or later SSH Shell: 17.09 or later Steps Export hosts from SSH Shell, file name must end with .json suffix Open Core Shell, click File > Import… from main menu, and select the exported JSON file Done Notes Core Shell will not import a host which its name same as an existing one Not all the options in SSH Shell can be recognized by Core Shell, it does not mean Core Shell lacks those abilities, but requires you config it manually: Connect via Interface ➝ Bind A…

Do you offer an upgrade discount for current users of SSH Shell?

Am I eligible to get a free Premium license?

Once you upgrade to SSH Shell 18.11 or later, after relaunch the app, if you see an informative text like this: 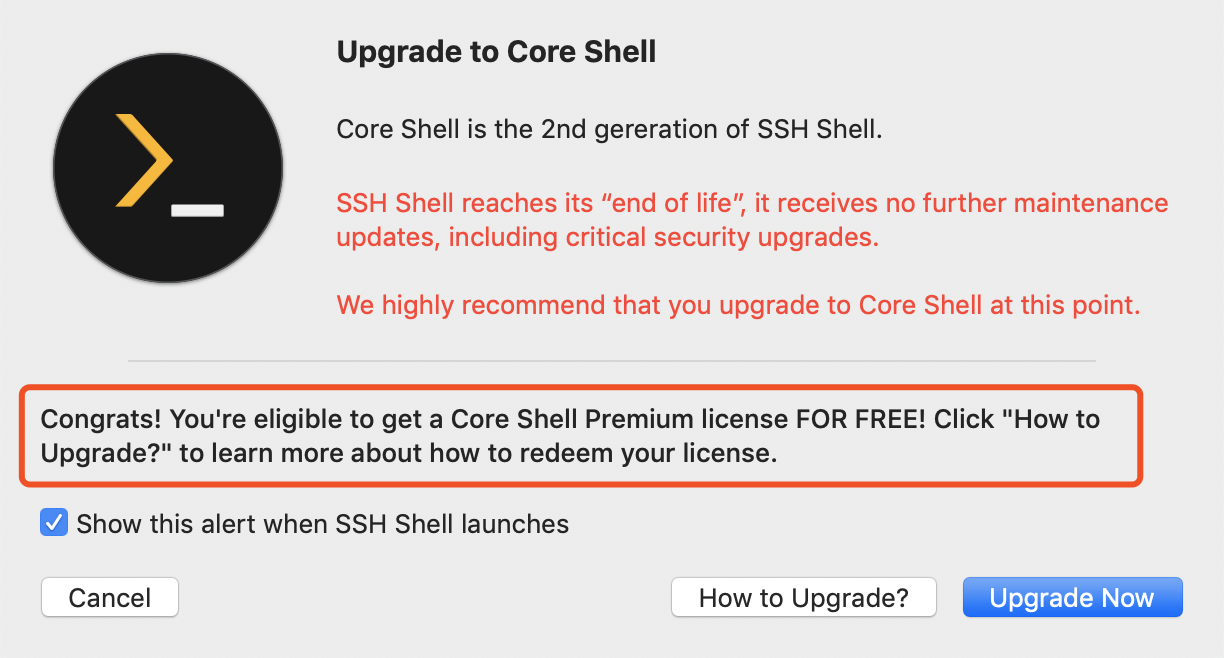 Then you are able to request a Premium license for free.

I'm eligible to get a Premium license, what next? 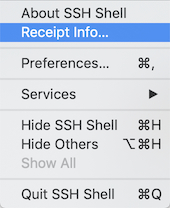 Then send @yang a personal message and attached the screenshot. I'll reply you a redeem code ASAP.