Heavy CPU Usage and Getting Stuck while Adding a new Tunnel

Was trying to add a new tunnel when existing tunnels were connected. It simply stalled. The UI thread seemed to be suspended. Mac OS Loading icon started appearing on this app only (not on other apps).

Although mouse pointer is not shown in the screenshot, the cursor was stuck at K in the Kafka. You can see that it is stuck 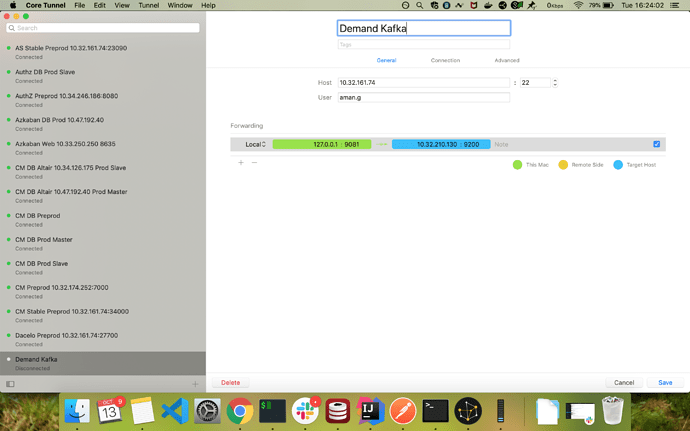 High CPU usage as seen in the activity monitor.

Had to quit the app. Was able to reproduce the next time as well. Only while adding text in the top text box.

After 15 mins, one more letter from my keyboard input made it through to the text box.

App stopped responding after some time

I suspect its a GUI thread misbehaviour.

Looking ahead for the fix.

Just an idea, could it be that the remote host fails to lookup itself on the 10.32.210.130 address? You can just as well use localhost for both local and remote port mapping as that will always work. This is a typical setting I use. 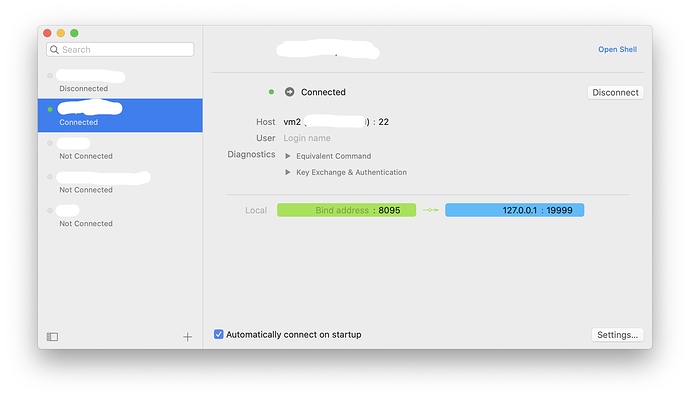 @isopropylcyanide @sonaikar The hotfix release is on the way, thank you for reporting!

Had the same issue, used a hotfix from @yang and everything started working normally.

@yang Can you summarize what the issue was? A name edit leading to a thread freeze and 100% CPU usage is not a good combination.

We've discussed it in this thread:

@Alexander_Saar Thank you so much for the hint. Though I still could not reproduce the issue, but from what you described, I guess it's related to verification of descriptive name. I build a hotfix release with verification disabled, could you please download it and give it a try? https://codinn.com/download/CoreTunnel-2.5-hotfix.zip Regards, Yang

The hotfix version 2.5.1 is public released, please do the upgrade and let me know if you find it still not function.